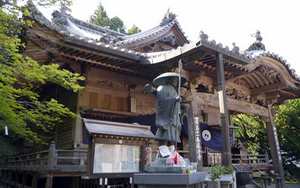 The Fujii-dera Temple is the eleventh of the 88 Shikoku Pilgrimage Temples. Fujii-dera , means Wisteria Temple. Temple of the Rinzai School is one of the three temples of the 88 along the pilgrimage to belong to a Zen school. The name of this temple (Fuji) is the Japanese translation of Glycines They bloom in May, so this is the best time to visit this temple. Behind the temple, on the way to Temple 12, there are 88 statues representing a miniature of the 88 temples of the Shikoku pilgrimage. For those making the pilgrimage from 1 Ryōzen-ji Temple, the path from temple 11 to temple 12 involves a difficult climb considered to be the first Henro korogashi, the pilgrim's hell.

Fujii-dera was founded by Kōbō Daishi in 815. He also carved the main deity (honzon) Yakushi Nyorai, although an inscription of another name on it seems to prove the opposite. During the Edo period, Fujii-dera became Zen Rinzai temple Destroyed during the wars, the last reconstruction dates from 1860, a little before the end of the Edo period. The Honzon, however, survived all the destruction. It became an object of worship for people wishing to escape the disasters. 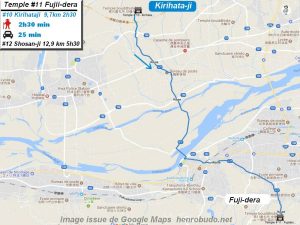 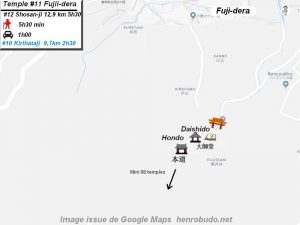 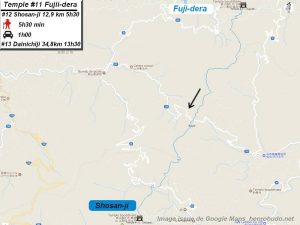 Path to the next Temple #12 Shōsan-ji