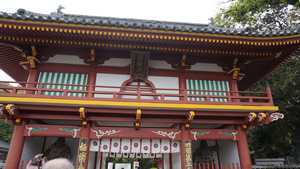 Gokuraku-ji Temple is the second of 88 temples of Shikoku pilgrimage. Gokuraku-ji means Pure Land Temple (Paradise Temple) . There is also a huge Japan cedar, planted by Kukai himself and where people come to pray for the longevity and easy childbirth. Legend said, that fishermen could not catch fish because of the light of the temple. They built an artificial Hill to no longer be embarrassed by this light. The temple has a Shukubo (accommodation), a night with the evening meal and breakfast costs about 6500 yen.

According to legend, this temple was founded by Gyoki in the 8th century but some historical evidences but historical evidence seems to point to its construction during the Kamakura period (13th century). According to legend, Kukai carved the main deity (Honzon) of Amida Nyorai, the deity of light. Kukai remained 21 days in this temple to recite sutras. It would thus help a woman who had difficulty giving birth. The temple was destroyed by fire during the war at the end of the 16th century during the era Tensho. The main hall (hondo) was rebuilt in 1659. 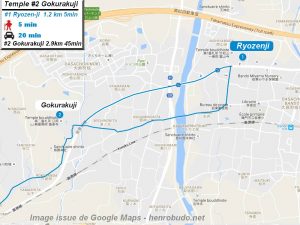 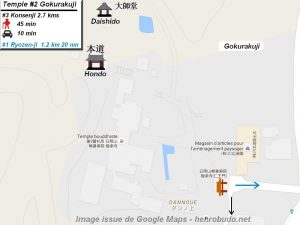 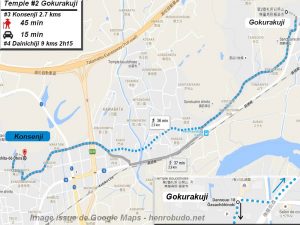 Path to the next Temple #3 Konsen-ji 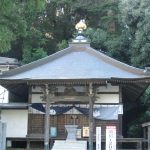 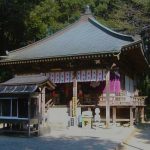 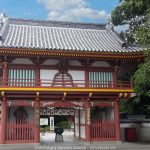 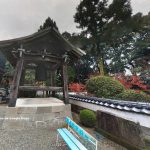