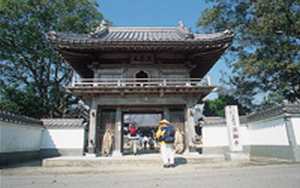 Hōrin-ji Temple is the ninth of the 88 temples of the Shikoku pilgrimage. Hōrin-ji, means , signifie TDharma Wheel Temple. The main deity (Shaka Nyorai) is lying down (Nehan-zō). There is only one buddha liying down along the Shikoku pilgrimage. In the main hall, you can see a lot of straw sandals (waraji) hanging by people wishing to cure various diseases.

The temple was founded by Kōbō Daishi in the year 815 and he carved the main deity representing Shaka Nyorai.  According to the legend he founded his temple when he learned that a white serpent was protecting Buddhists in the valley. It is certainly for this reason that the temple is also known as Hakadasan (the mountain of the white snake). Like most temples in Shikoku pilgrimage, Hōrin-ji was destroyed by fire in the 16th century, but the honzon was preserved. The temple was rebuilt at its current location a few kilometers from the original site. 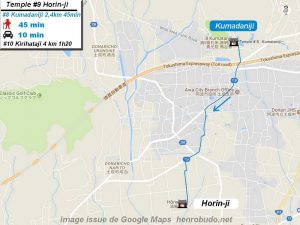 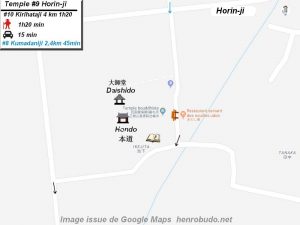 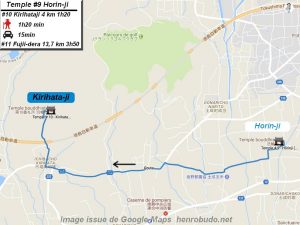 Path to the next Temple #10 Kirihata-ji